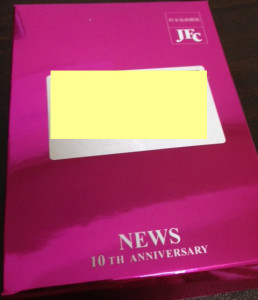 When I just got home from work, there's this small pink box in my mail box and I couldn't be happier!
From the live event, video to this present, fans really get spoiled by NEWS this September. 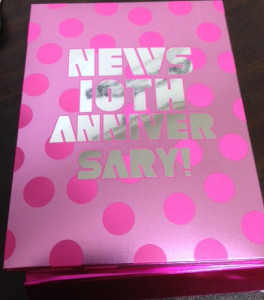 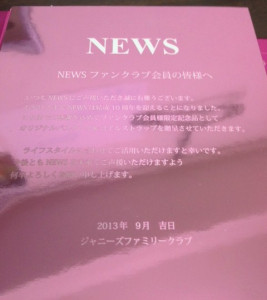 The gift is an original pass card case with NEWS logo. 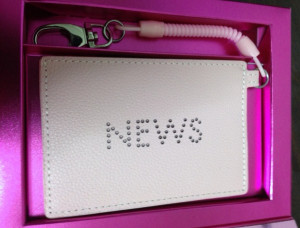 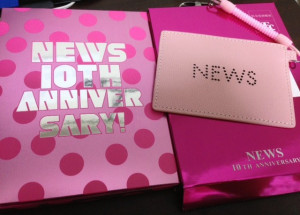 From the box to the present itself, all is so cute, but I think I'm not gonna use it as I'm afraid it'll get dirty =)
What I wander is, why the color is pink, not white as it's the group color.
I thought there are 4 colors, but after I looked up at twitter, apparently there's only this color.
But after all it's a really lovely gift, especially after a tiring week at work =P
Thank you NEWS (and the staff)! ^_^

I've been lining from 8am and after 3 hours, finally I got to buy this!
It supposed to start at 10am but thank God they started an hour early and the weather wasn't that hot, so it wasn't that tiring than when I lined up in Chichibumiya last July.
As the other goods, this special clock has NEWS logos and also "10" for their anniversary. 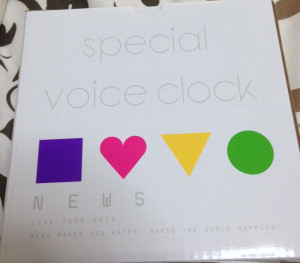 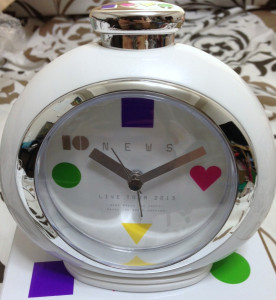 The Light and Snooze Button! 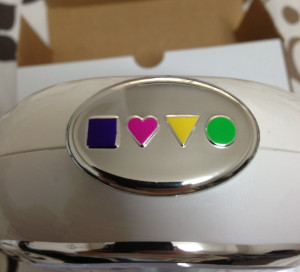 I also recorded their voices that used as alarm. (Sorry it's not that clear)
Koyama: MF
Shige: MF
Massu: MF
Tegoshi: MF

JE decided to release a special edition of World Quest/Pokoponpekorya!
You can only order it through JEHP and it will not be sold on CD shops.
Also, they only deliver in Japan and one person is limited to buy 1 CD only. 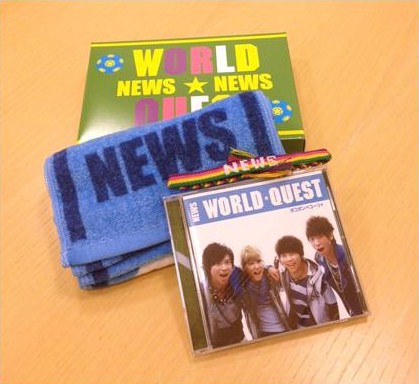 It's my first attempt in translating and I'm not native in both Japanese and English, so I'm sorry if there's any mistake. ^_^
Comments are loved.

I have loved soccer since kindergarten and it has become a part of my life now.

I practice in a team with me as the captain and also participate in competition. No matter how busy I am, it is a must for me to play soccer, as the game is fun and I can also meet my friends. It becomes my motivation to work hard on the next day.

Soccer also becomes a drill for my body. Even if there are 2 concerts in one day, I won’t be dragged along by fatigue and my body can recover properly. If compared to soccer, singing while dancing is easy.

Soccer also has made me to become someone that hates to lose like now. After entered Johnny’s Jimusho, in 10 months I made a debut as NEWS, an idol group. That time I was 15 years old and I was considered young within the members. I have no experience and obviously it’s only me that was poor in dancing. It was so annoying for me.

Until then, I was always the leader in anything I do. I was the anchor in relay race, squad leader in a cheering squad, and team leader in outing trip. That’s why, at first, work was so uncomfortable and it can’t be helped that I really hated to go to work.

I hid the fact that I don’t want to lose to other members and I looked for dance teacher to practice. In order to put a difference in singing, I went to karaoke with a voice trainer and sang a song over and over.

To me, members are my comrades, but they are also the best rivals. I want to be the one that shines the most….. It really thanks to soccer for giving me this kind of passion.

I've listened to the new song Chankapana and I love it!
It's really a Tegoshi song. lol

I ripped the song from the PV.
The song is a ballad without any single rap. I think this song is nice though there is no rap, which every GReeeeN song has rap part.

Several weeks ago, Oricon polled a group of 300 high school girls about up-and-coming young actors. The women were asked to identify which "fresh" actors they have been paying close attention to.

#1 was Takeru Sato, who first got his break as the star of "Kamen Rider Den-O." He has recently picked up a few major television roles in dramas such as "Bloody Monday" and "Mei-chan no Shitsuji."

Ranked 2nd was the highly popular Hiro Mizushima, who also appeared in "Mei-chan no Shitsuji." Haruma Miura, the star of "Bloody Monday," was #3.

Screencaps I've made from the PV.

I just saw it in the web that one more member from GReeeeN (navi) has passed the dentist exam, but sadly SOH didn't pass it.
Congratulations, navi!

Another set of icons that I've made.. XD